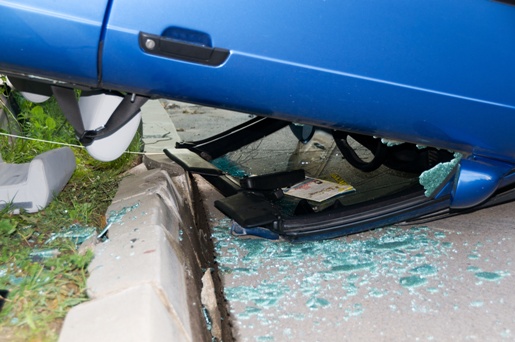 There’s a good news/bad news scenario when it comes to a rollover accident.

Only about two percent of crashes in the United States are rollover crashes. That’s the good news.

The bad news is that about a third of passenger vehicle deaths occur in rollover crashes. What’s that add up to? According to the National Highway Traffic Safety Administration, rollover accidents result in more than 10,000 deaths each year in the U.S.

And while death is quite obviously the worst possible outcome of a rollover accident, these kinds of crashes can lead to plenty of other serious injuries as well.

Here’s a look at the two kinds of rollover accidents, their most common causes, the most frequent injuries suffered in this kind of accident, and how our Houston car accident lawyers can help if you have been hurt or if a loved one has been killed in a rollover accident.

What Causes the Two Types of Rollover Accidents?

There are two varieties of rollover crashes—that is, accidents in which the vehicle involved ends up on its side or its roof.

The first and more common kind of rollover accident is known as a “tripped rollover.” This kind of accident generally involves a car or other vehicle that is sliding sideways off of the road. The tires come into contact with a soft surface on the side of the road or with an object, and the resulting force on the tires causes the rollover.

The less frequent version of a rollover crash is known as an “untripped rollover,” which means just what you would expect: the vehicle flips even though it has not encountered an object or a soft surface. Top-heavy vehicles traveling at high speed and/or in high winds are most likely to suffer an untripped rollover.

In addition to top-heaviness, common causes of rollover crashes include:

Common Rollover Injuries and What to Do If You Are Hurt

Injuries sustained in a rollover accident can be quite severe. Common injuries include broken bones, a variety of internal injuries, spinal cord injuries, and traumatic brain injuries. And, as we have already pointed out, rollover accidents cause a substantial number of deaths each year.

While it is true that the majority of rollover accidents involve only one vehicle, when the crash is caused by a negligent party, it is important to protect your recovery if you have been injured or if you are the survivor of someone who was killed in this kind of crash. One of the best ways to do that is to hire Houston car accident lawyers who can help you collect the facts about the accident, determine who was at fault, and then negotiate with the insurance company or argue your case in court if necessary.

The Houston car accident lawyers of SJ Injury Attorneys know how traumatic a rollover accident can be. That is why we are committed to providing expert legal services that will protect your interests during a difficult time. Don’t let an insurance company try to lowball the amount they pay out to you. Instead, contact us right away and put us to work on your behalf.