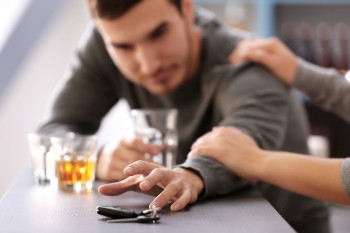 Commercial drivers are under a lot of pressure. They drive enormous vehicles. They are up against strict deadlines and schedules. They are often far from home for long periods of time. And they spend a lot of time alone in their vehicles.

For some, the loneliness or the stress (or both) gets to be too much. For those drivers, it might be all too easy to try to deal with the challenges by turning to either drugs or alcohol. And if they get behind the wheel while drunk or high, they put themselves and all the drivers with whom they share the road at tremendous risk.

If you are hurt in an accident involving a commercial truck, you will want to know whether or not the driver of that vehicle was impaired at the time of the accident.

Odds are the driver of the other vehicle isn’t going to waltz over to your car and announce that they are high or drunk. So, how would you be able to find out?

Indicators the Driver Was Impaired

But the next step may well be to hire a personal injury attorney. Your lawyer will have experience in such matters—and will also know how to get access to the sorts of documents we listed above. Armed with the details of the incident, your attorney will be able to vigorously argue on your behalf to make sure you receive appropriate compensation.

We Are Ready to Help

The lawyers of SJ Injury Attorneys work on a contingency basis, which means you don’t pay unless we win your case. As a result, you can afford the expertise and experience of a personal injury attorney to make sure you are treated fairly. Let’s talk about the ways we can help.